A Trigger for Justice

A STAIN ON HUMANITY

The country woke up to a feeling deep like a knot twisting deep down, out there, as the media was flooded with the news of the horrendous crime committed on a little soul who had just opened her wings to welcome the world but her wings were just clipped off too soon. Now she lay strangled by her own scarf as a pawn in the game of religion.

Asifa was a Muslim and her alleged assailants; Hindus who resided in a predominantly Hindu neighbourhood in the highly volatile state of Jammu and Kashmir.

Asifa was just a little girl with curly brown hair who called the valleys her home, saw beauty in the smallest things, just like every little girl in the world. Now, she is a prime topic of debates, power propagandas and accusations as the world slowly realises that within our by lanes of great power and polity lies darkness that one tries to avoid to see. And no longer can they see that little girl smiling away to glory for her favourite food or mothers love but only a memory that gives pain to the hearts who loved her the most.

For the next few weeks, months or maybe years, Asifa will be the name attributed for our country’s law reform and then she shall be forgotten all over again, her name inscribed in some old file with many others of the same fate that are waiting to be opened again until our country witnesses another such instance. For change lies in the soul and our soul demands reform that we never want to console. 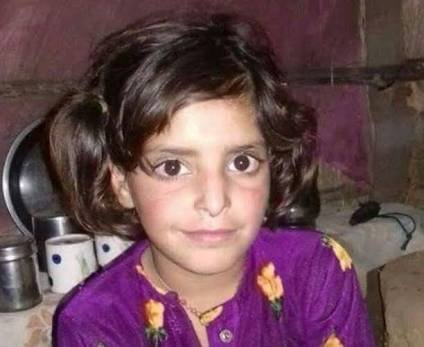 ← THE IMPERFECT AFFAIR
SHE →

9 Comments on “A Trigger for Justice”